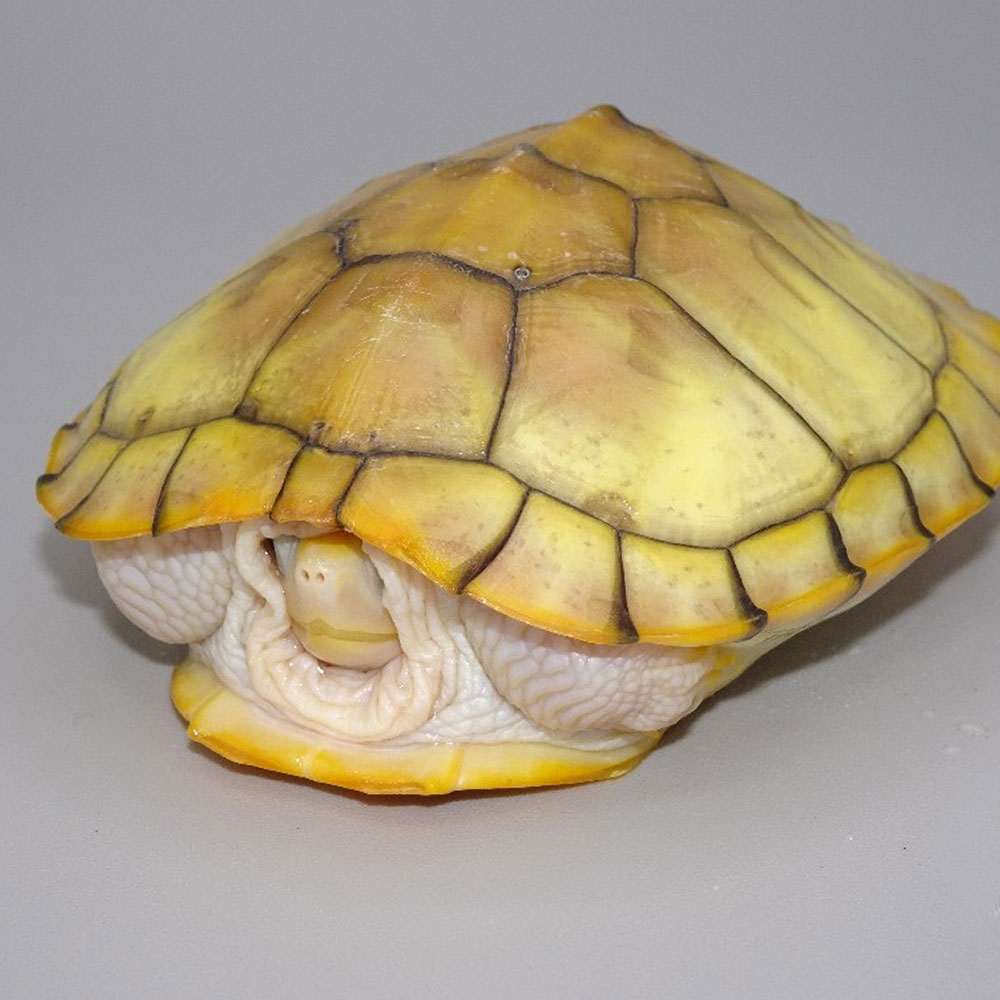 Looking for something unique and exotic? Check out our Caramel Albino Red Ear Sliders! These amazing turtles are a sight to behold, with their beautiful caramel-colored shell and red ear markings. They're perfect for anyone looking for an interesting conversation piece or new pet!

To care for your Caramel Albino Red Ear Slider, you will need to provide a suitable habitat with proper lighting, temperature, and humidity. You will also need to provide a diet of fresh vegetables and fruits and quality turtle food. Additionally, you will need to clean the tank regularly and perform regular health checks. Below, we will go into more detail about each of these care needs.

What do I feed my Albino Caramel Red Ear Slider?
A diet of fresh vegetables and fruits and quality turtle food is essential for your Caramel Albino Red Ear Slider. It would help if you offered a variety of foods to ensure that your turtle gets the nutrients it needs. Some good options include dark, leafy greens, such as collards and kale; bright-colored vegetables, such as carrots and red bell peppers; and fruits, such as apples and grapes.

Why is it important to maintain proper hygene in your turtle tank?
It is essential to clean the tank regularly to prevent the build-up of harmful bacteria. You should use a quality turtle-safe cleaner and follow the manufacturer's instructions. Additionally, you should perform regular health checks on your turtle. This includes checking the shell for cracks or damage, the eyes for any discharge, and the nose and mouth for any blockages. If you notice any of these problems, you should take your turtle to a veterinarian as soon as possible.

By following these care tips, you can help ensure that your Caramel Albino Red Ear Slider stays healthy and happy.