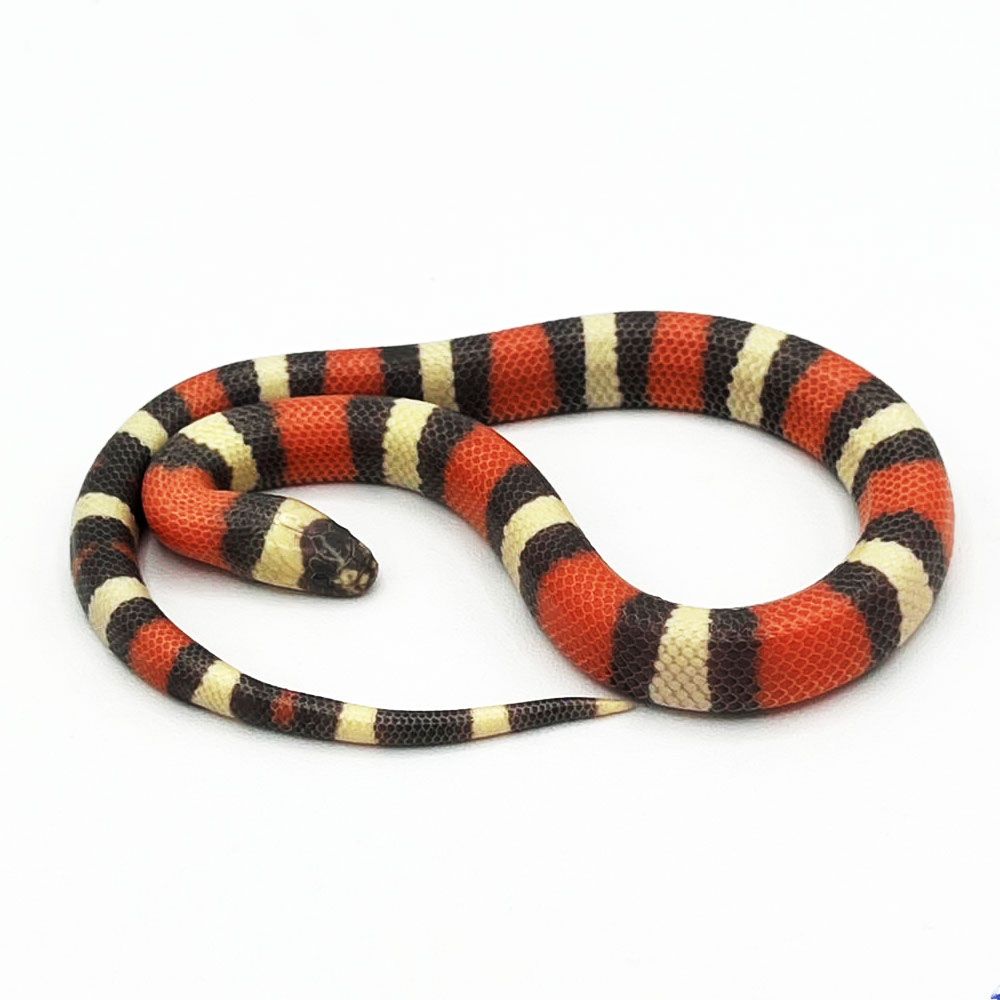 This beautiful Hypo Pueblan Milk Snake is the perfect addition to any snake collection! This captive-bred snake is docile and easy to handle, making it an excellent choice for beginner snake keepers. It's semi-arboreal, so it will enjoy climbing and exploring its enclosure. This milk snake is native to the southwestern United States and Mexico, and its striking coloration is sure to stand out in your collection. The base color of this snake is a rich cream, with brown and black bands running down its length. This beautiful pattern is accented by a bright red stripe that runs along the dorsal surface.

I have purchased two different animals from this site: a red head agama and a tomato frog. Shipping and packaging was excellent both times and extreme care was taken to ensure the animals arrived alive and in excellent health. I am the proud owner of many herps and have really bad experiences purchasing from other sources. As a result, I now buy all my reptiles and amphibians exclusively from Reptiles-N-Critters.com