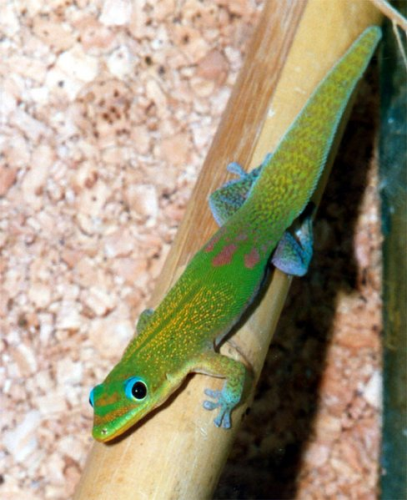 Native to the island nation of Madagascar, Gold Dust Day Geckos are little beauties that are sure to add a touch of tropical flair to any terrarium or vivarium. Unlike many other day geckos, Phelsuma laticauda is a diurnal species which means you'll get to see them in all their glory! They love to bask in the sun and will quickly become a favorite addition to any lizard-loving household. So, what are you waiting for? Add a few Gold Dust Day Geckos to your cart today!

Fabulous animals, very healthy, this is the place where I get my frogs and stuff, love this place.