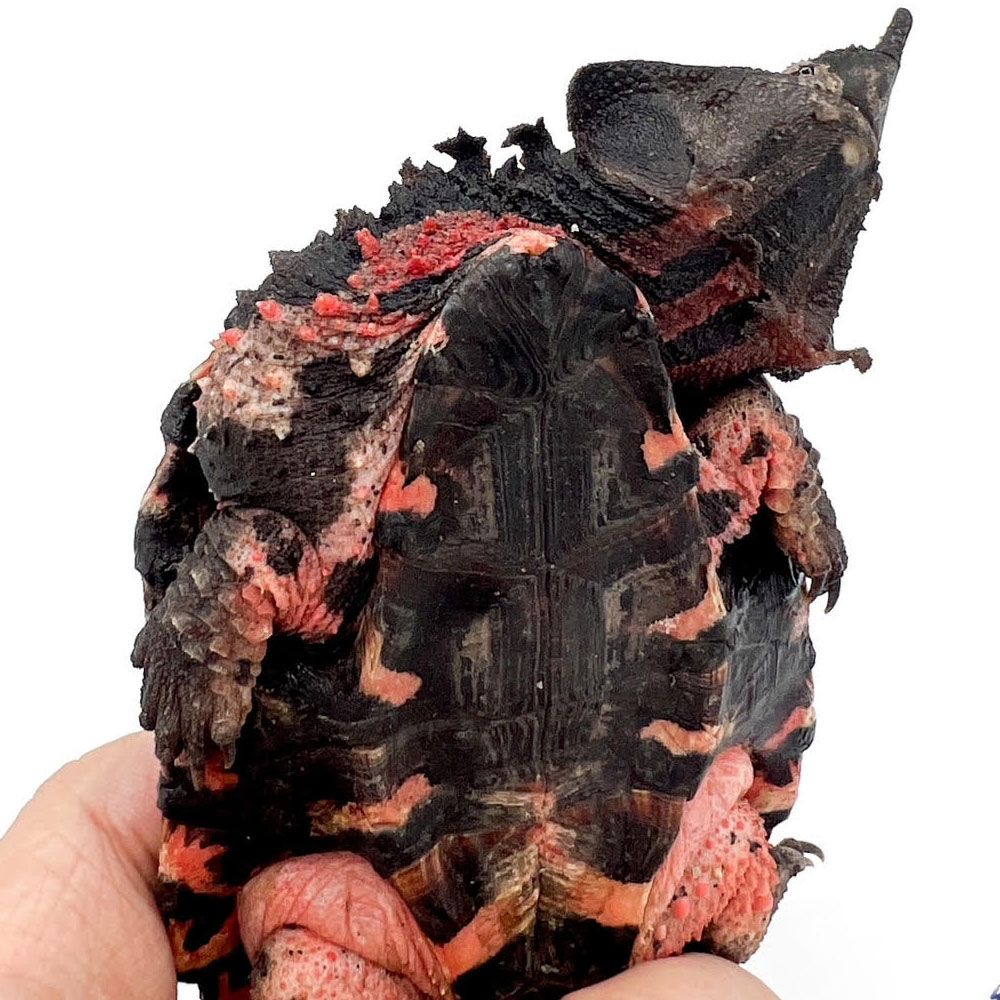 The Mata Mata turtle is an excellent choice if you're looking for an exotic pet that is sure to turn heads. These fantastic creatures are native to South America and can grow up to 4 feet long. They are fully aquatic and have a unique shell design that is covered in bumps and ridges. Mata Mata turtles are also known for their powerful jaws and sharp teeth.

If you're looking for a pet that is sure to stand out from the rest, the Mata Mata turtle is a perfect choice. While they may look intimidating, Mata Mata turtles are pretty gentle and can make great pets. They are relatively easy to care for and can thrive in a well-aquarium.

I recieved my babies this morning, they are so pretty, thank you so much!