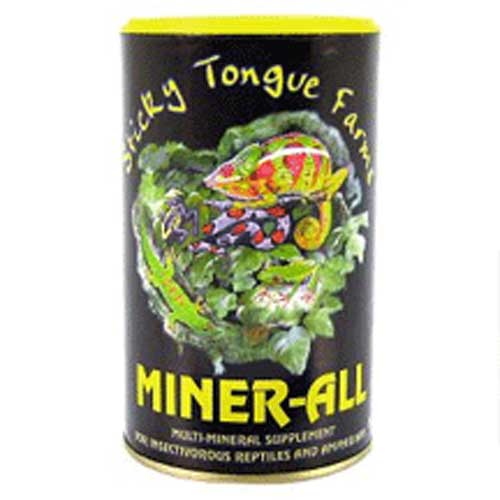 Miner-All is an excellent mineral supplement that you use to dust your crickets before feeding them to your hungry critter. The Miner-All Indoor formula is for critters that do not get a lot of exposure to natural sunlight. When you use Miner All to dust