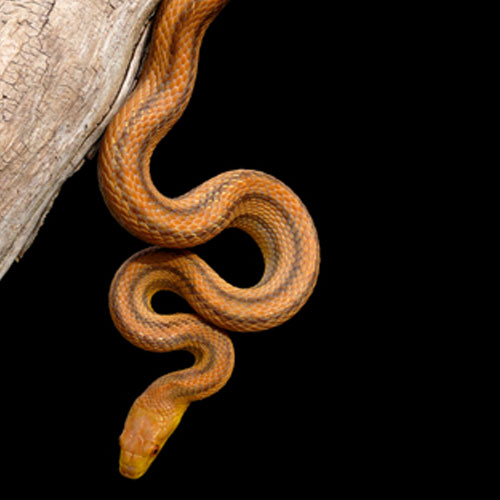 This snake's color can range anywhere from orange to yellow to olive green. They are often found in warm southern swamps, and are also common in abandoned buildings and barns.

This snake's color can range anywhere from orange to yellow to olive green. Yellow rat snakes are found throughout most of Florida and the Keys. They also live in a narrow strip along the Atlantic coast through Georgia, South Carolina and North Carolina. They are often found in warm southern swamps, and are also common in abandoned buildings and barns. Besides rats, yellow rat snakes will eat a wide variety of small mammals, birds, and eggs.

Have placed several orders. Always prompt and always quality. Pleasure to do business with.